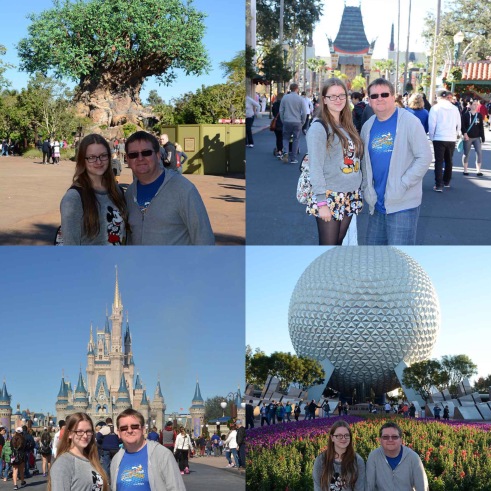 We started this morning with Extra Magic Hours in Animal Kingdom, and first stop was obviously Expedition Everest – did you catch it on Periscope? Rollercoaster out of the way, we stopped off at Creature Comforts (the AK Starbucks) for hot drinks – yes it was that cold – and breakfast pastries, then onward to Kilimanjaro Safaris where we got to see two baby white rhinos playing, eek! We decided that for our challenge, we would get photos with Mickey at each of the parks, so we stopped off at Adventurers Outpost to see him and Minnie before catching a bus to Animal Kingdom Lodge to park-hop.

From AKL we transferred onto a bus to Hollywood Studios, where we first stopped off to see Mickey, this time in his classic Sorcerers Apprentice costume. On a character meet roll, we also got a selfie with a green army man, and went to see Mike and Sully, but as we’re headed back to Studios tomorrow, we decided not to queue for any rides.

Now midday, we caught another bus onto Wilderness Lodge, for a quick look around but also so we could transfer to the Magic Kingdom by the boat that runs direct from the resort, handy right? Again, first things first, we went to see Mickey in Town Hall Theater, then grabbed lunch at Cosmic Ray’s Starlight Cafe. Would you believe we’ve never done Astro Orbiter before? Well we have now! With that experience under our belts, we got a spot near the castle for Festival of Fantasy, which was just as magical as it always is, and finished up out MK time with an obligatory Its a Small World. 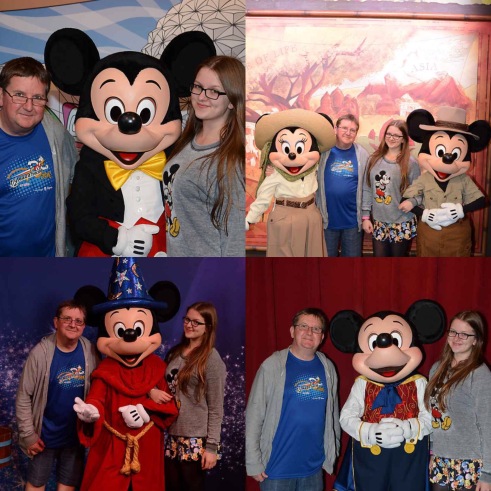 To throw another form of transportation into the works, we obviously had to take the monorail across to our final park, Epcot, and actually it wasn’t Mickey we went to first, it was Baymax. Yes again, no we don’t care. Mickey was next, at the Epcot Character Spot, then we went across to Journey into the Imagination. We had a Fastpass, but there wasn’t much of a line to bypass! Not quite hungry yet, we stopped off to watch Circle of Life in The Land, before dinner at Sunshine Seasons, probably my favourite quick service in the whole of Walt Disney World. From there we went to Spaceship Earth for our Fastpass, but again there was no line so we didn’t even bother scanning them. With time before the fireworks, we figured a 40 minute wait at Test Track (which we discovered a love for the other day) would keep us warm and indoors, but we actually waited less than 10 before we got to the design stage, then another 10 before the ride itself. In fact, we ended up doing it twice! That took us right up to our last Fastpass for the day, for Illuminations: Reflections of Earth, which was beautiful as always. It was pretty chilly, so as soon as the display was over, we joined the brisk hoard of people leaving the parks and jumped on our last bus: back to the resort!

How’s that for a busy day?