Don’t ask me why, but I’ve always felt that the best meal for meeting characters is breakfast. Maybe its the start of the day excitement, maybe it gears me up for a day in the parks.. Its probably the fact its usually a buffet..

With no character breakfast on the cards for while we were in WDW, I definitely wanted to book one for our stay in Disneyland, and Plaza Inn seemed like the perfect place – right at the end of Main Street USA, looking out at the castle. Yep, perfect. 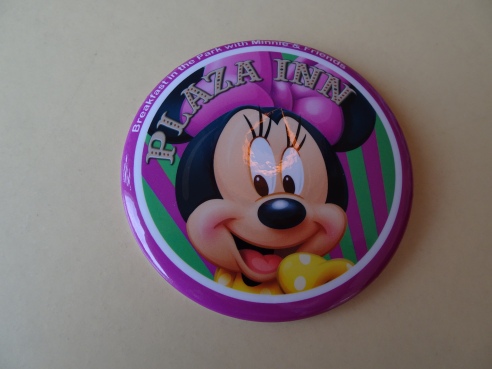 Firstly we were given a button each, and we were asked if we didn’t mind sitting outside on the veranda instead of in the main restaurant, but given that it was California weather, that wasn’t a problem for us. It meant we had a quieter meal away from the bustle of kids dying for autographs, and we could watch the world go by a little as we ate. It was also only a few minutes after we sat down that we were greeted by the first character of the day, Max. 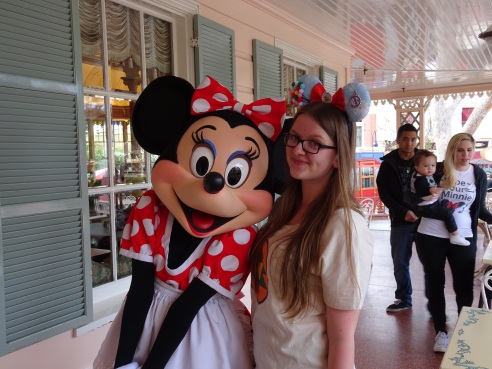 As the meal is advertised as ‘Minnie and friends’, we assumed that there would be a handful of classic characters, Pooh and friends for example, as well as Minnie herself, so it was a really nice surprise to not only have a great mixture of characters, but also to see as many as there were; we were only there for 30-40 minutes altogether and we saw 8 characters: Minnie, Max, Pooh, Tigger, Eeyore, Rafiki, Fairy Godmother and Suzie the mouse, and for all we know, there may have been more hanging around that we missed! They also came around regularly and spread out, so there was time to eat between each meet, but we didn’t feel like we were hanging around waiting for the next. 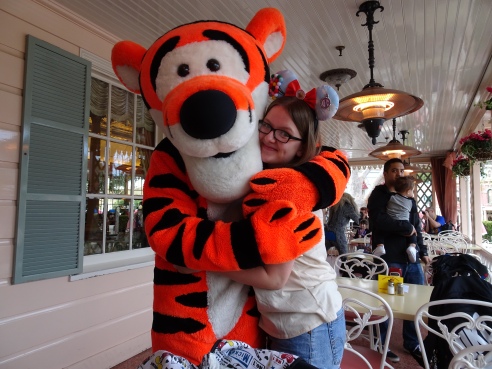 As for the food, I can never really fault a Disney breakfast buffet. There were the usual hot breakfast items as well as omelette stations, and also breakfast pastries, cereals, yogurt and fruit etc. Oh and mini muffins, gotta have a mini muffin. 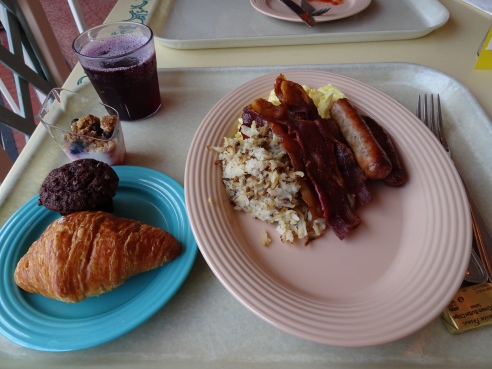 It was $33.99 each, which for a buffet and the number of characters we saw seemed totally reasonable. I also really liked the fact the place didn’t seem overcrowded like some character meals can; this could be because it was an off-peak time and we were sat outside, but there weren’t queues for the food either and the staff were really friendly and efficient, always a plus!

Who doesn’t love a breakfast buffet?

One thought on “Breakfast with Minnie and Friends at Plaza Inn”