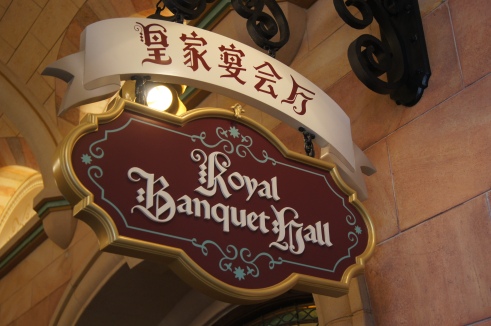 Royal Banquet Hall is an absolute must-do for royals and non-royals alike! The entrance is on the ground floor of the castle, but after waiting for your table in the most beautifully decorated reception area, you’re escorted to a side room for a photo with one of the princesses – Aurora was so lovely! – before being lead upstairs to the main restaurant 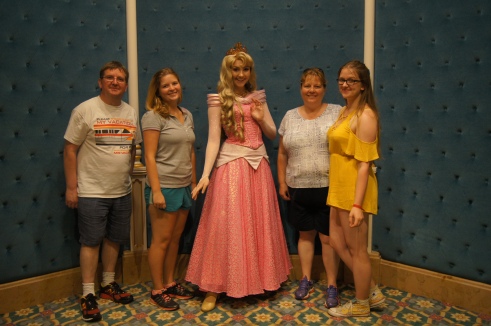 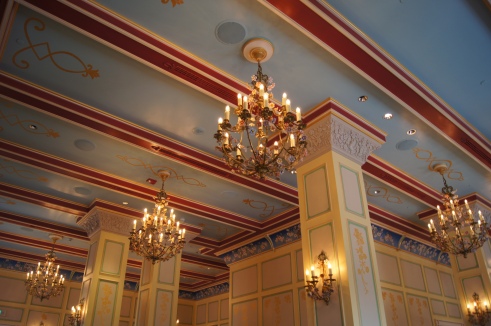 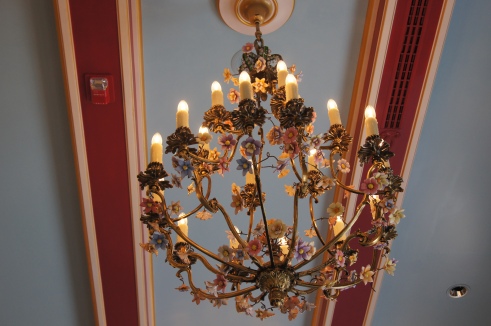 The restaurant itself is comprised of a few different rooms, each one themed to a different classic princess. We were in the Snow White room, but there was also Mulan, Sleeping Beauty, Cinderella and Princess and the Frog, all of which were just totally stunning, but while the princesses played a big part in the design of the restaurant, the characters were a whole other level of royalty! 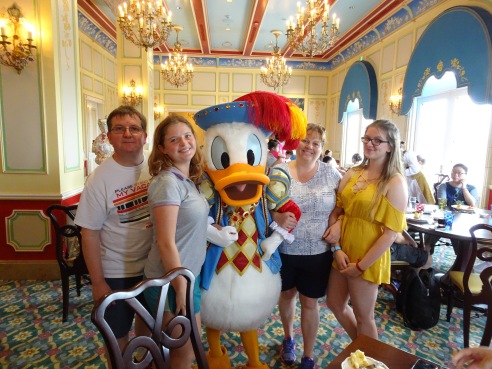 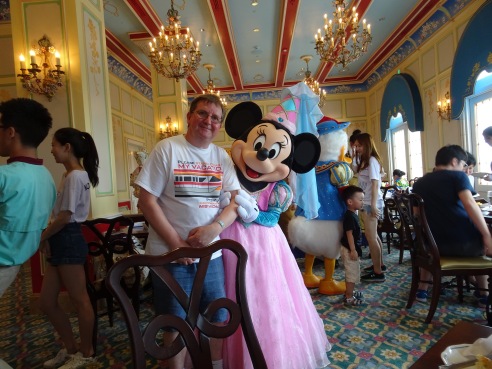 That’s right, Mickey and the gang were dressed in their fanciest gear to hang out with us while we ate, and eat we did! The food was INCREDIBLE. Its a set menu, with four options for starters and desserts and six main course options, so plenty to choose from! I had the tomato soup, which was delicious, but I didn’t finish it as I knew I’d want to save myself for my main: pumpkin and chicken stew, which was served inside a real mini pumpkin with a pile of Mickey shaped rice! It was such a huge portion but I managed as much as I could, and I’m still thinking about how great it was! Also, I could stuff myself up because the lovely cast member serving us gave us as much time as we needed before bring out our desserts. 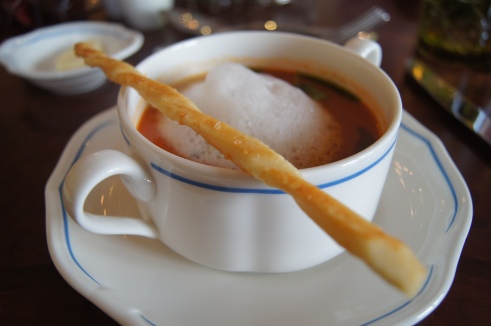 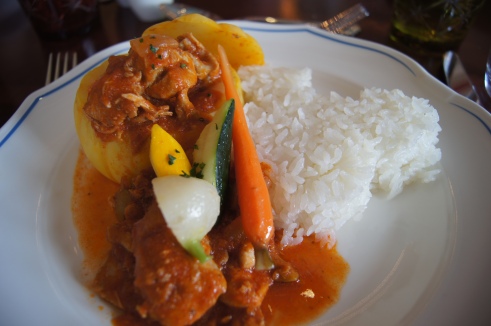 But were they desserts or works of art? 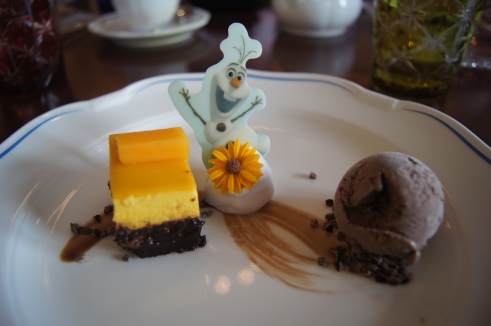 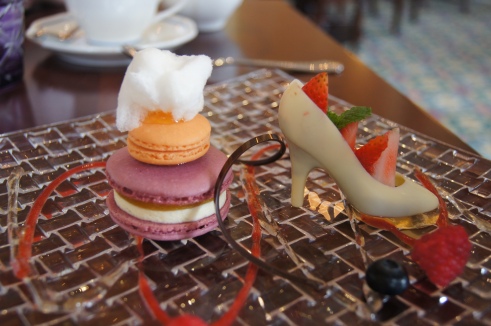 Honestly I could not fault a single part of this experience! As well as three courses, drinks were unlimited (although souvenir cups were available for an extra charge) and included tea and coffee, and the bread basket was forever being topped up by helpful and friendly cast members – all of which were so polite and spoke English really well! The price was 368 yuan per adult, plus 15% service charge, which is around £45, or £30 for a child, which was pricey compared to other restaurants in the park, but not unreasonable compared to character meals in the American parks or Disneyland Paris, and I really think it was good value for money considering the quality of food, and the character interactions involved! I also really loved the fact that although there is a princess meet, the main characters are Mickey and friends, making it suitable for all – I know my family aren’t keen on princesses!