So out of this last month, there have been two key moments in Matthew and my relationship, both arguably as important as the other. 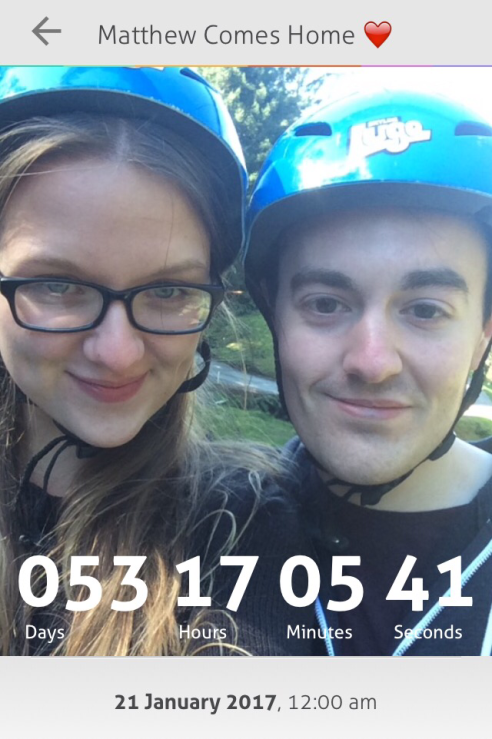 Last week, Matthew was finally given an official coming home date. I’d been waiting for that news since the moment he left, and while its not as soon as I’d like it to be (its actually quite a bit further away than we’d hoped), its a day that I can look forward to, and there’s a possibility that it may come a little sooner, so we’re just crossing all fingers and toes, and remembering that two more months is nothing to the five we’ve already made it through.

This date comes from the fact that he passed his first progress test, and has now moved on to the next stage of his training, which doesn’t rely on the weather as much as the first stage, so hopefully he’ll be able to fly through it. Pun intended.

We’ve booked to go to Walt Disney World! It was semi-planned, semi-spur of the moment, but I’m so happy we’ve done it and now we’ve got something else to look forward to next year. Matthew is a huge WDW fan, and has been desperate to go back, so as the end of the free dining plan offer loomed, it only really made sense logically..

We’ll be there from October 30th-November 13th, catching both Halloween and Christmas seasons, and staying at Coronado Springs! Matthew’s never stayed on Disney property before, and he’s already chosen his Magic Band colour and created a My Disney Experience wishlist longer than my arm.. Of course I’m super excited to get planning to make this the most magical trip for him, and we’re hopefully going to do Mickey’s Not So Scary Halloween Party too!

Its not been an easy month, but whenever I find things hard, I just think about next year and all the great things that are to come, and how it will all be worth the wait.