Happy Tuesday guys! Our day kicked off in Hollywood Studios, and with quite the bang – a fastpass for Rock’n’Roller Coaster, and of course we were pretty hyped to be in the back car of the limo. Sensibly, we saved breakfast for afterwards, grabbing a drink and a snack from Trolley Car Cafe and sitting to watch the First Order March through the park.From there, we had to make a quick detour to guest relations before heading back to Tower of Terror for our second fastpass of the day. Sarah dared me that I couldn’t do it without holding on – which I always do because I’m awful on this ride – and for the first time ever, I had my hands in the air for almost the whole ride! Yay me! I got myself a celebration button as a reward. 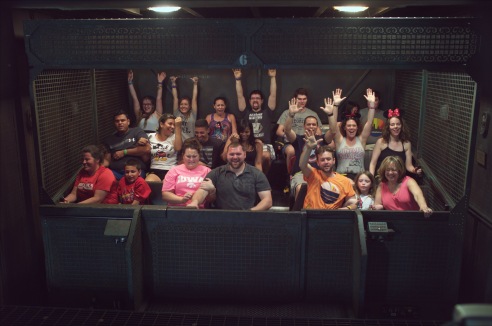 Out of the blue, we discovered Bolt meeting in front of the Chinese Theater, so of course we stopped for a quick photo with him, then got in line for Voyage of the Little Mermaid, but as we got to the front of the line to enter the theatre, the cast member announced it was at capacity and we would have to wait an extra 25 minutes for the next show, which we couldn’t really be bothered to do in the heat, so instead we went and did Muppet Vision 3D, then grabbed lunch at Backlot Express. 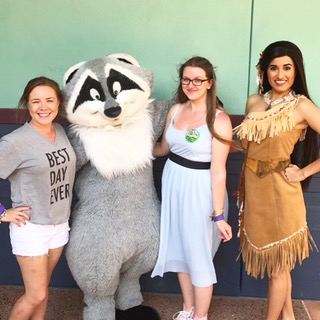 Bellies full of bacon cheeseburgers, we headed back to the Chinese Theater for the Great Movie Ride (cowboy, if you were wondering), then as we went to leave the park, Sarah remembered that it was coming up time for character palooza again, so we decided to swing by before we left and boy was it worth it?! Unlike the 4 character we met the other day, they brought out 11 characters, and I couldn’t believe my eyes when I saw Pocahontas appeared followed by Meeko, and the two of them met together which made my little heart so happy! Also out were Robin Hood, Pluto, Donald, Rafiki, Evil Queen, Snow White, and Smee and Prince Ali – we were so lucky to see that many! On a side note, I’m super sunburnt today, and had to buy sun cream, and I also managed to drop and smash my phone screen, so I fully believe in karma today. 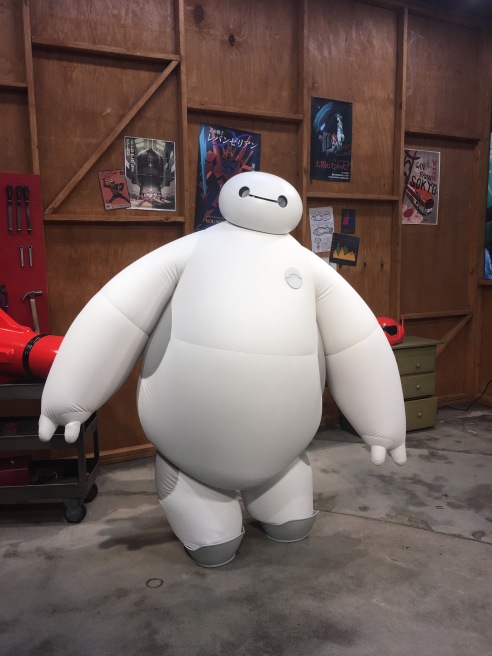 Riding the palooza high, we left the park and got on the boat to Epcot, and as we got into International Gateway, we decided to hang out in the UK pavilion for a bit in order to meet Alice, then wandered round to Mexico for a bit of air con inside the temple and a ride on the Gran Fiesta Tour. From there, we headed back to Future World and met Baymax again, before doing Living with the Land and the Circle of Life, and a quick Seas with Nemo and Friends, before going back to the UK pavilion for dinner. 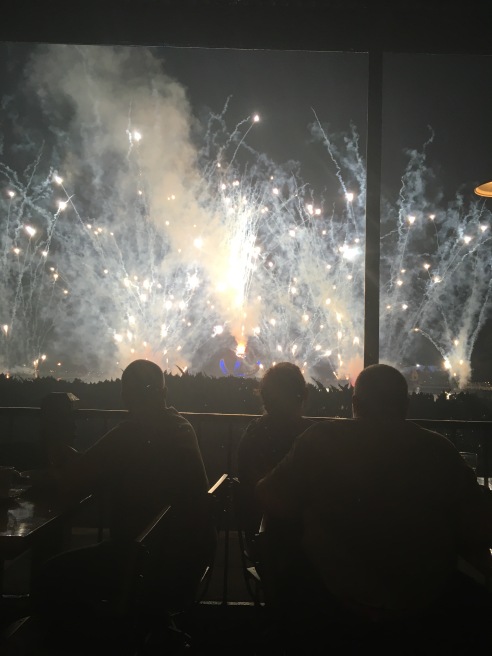 As we waited for our Rose and Crown Dining Room reservation, we stuck our heads into the pub to see how authentically British it was, but the floor wasn’t sticky and it didn’t smell quite like a proper pub, so we definitely didn’t feel like we were in the UK! Our table for dinner was right on the lake edge, giving us a beautiful view of the now lit World Showcase as we dined on fish and chips and chicken tikka masala, cos y’know, UK tradition, and we were lucky enough to be served by our friend Milly who’s out here on the CRP, so between ordering we could discuss important matters like Character Palooza and a certain Wilderness Explorer.. We also got to watch Illuminations from our table, and while it’s probably my least favourite nighttime show, it was a pretty view for it. 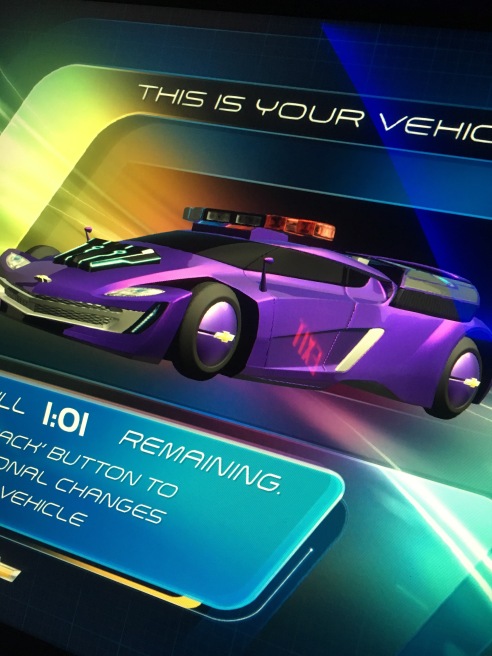 After dinner, we hustled our way back up to Test Track as extra magic hours meant the park was open til 11pm, so we dived in the queue while it said it was a 40 minute wait, we were in and out within that time, before heading out of the park for the night, again opting to get on the bus to French Quarter rather than Riverside because the queue were that much shorter!