This morning Dad and I were up bright and early yet again, this time to run double the distance we did yesterday! The half marathon started at the same time as the 10K did the day before, but as Dad and I could join our actual corral B today, it meant we got across the start line quite a bit earlier than we did on the 10K. 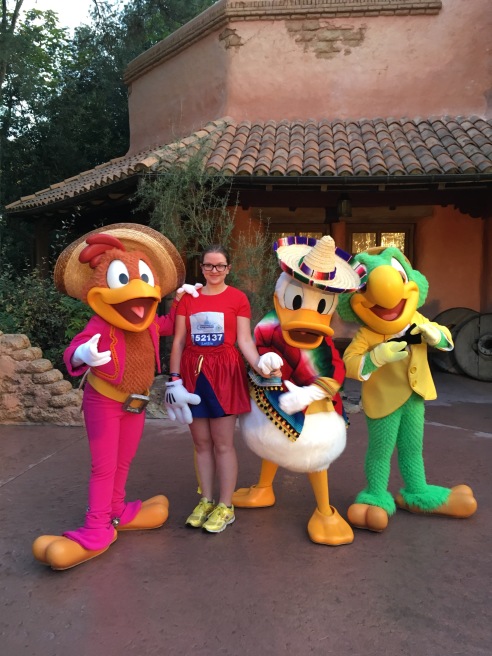 The race itself was absolutely fab! The course was slightly different to last year, and we actually spent more time running in the parks which was great, and the characters that were out were so good! We skipped quite a few stops, but I did meet the Three Caballeros, Scrooge McDuck, Timon and Rafiki and Judy Hopps! Dad and I kept a good pace and we came in with a great time, collecting both our medals for the half marathon and also the Bibbidi Bobbidi Challenge, and I also got my second Castle to Chateau medal. While I had a few issues with some of the goings on from this weekend’s races, this race really turned around how I felt about things – I couldn’t fault it. 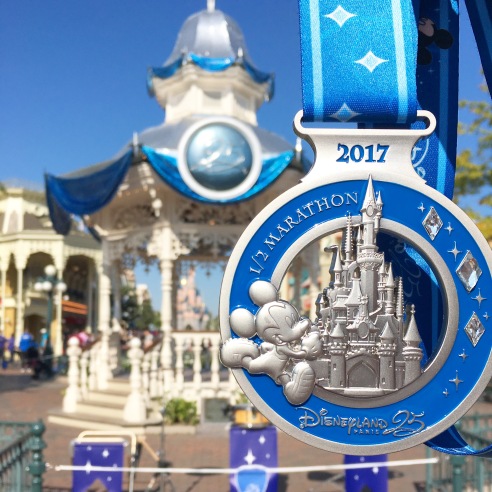 After the race we were on a bit of a tight time-frame, so we went straight back to the hotel to shower and change before packing up, checking out and rushing back into the parks, which was done at a bit of a waddle given the stiff leg situation. We were rushing as we had a lunch reservation at Captain Jack’s, which is the rebrand of the former Blue Lagoon Restaurant, set inside the Pirates of the Caribbean ride. 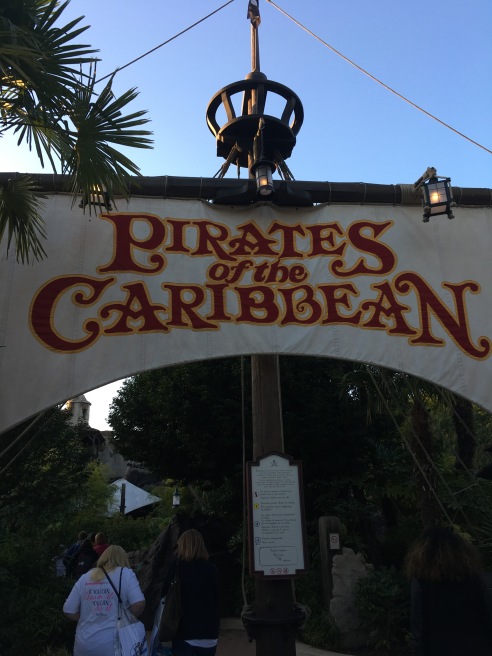 I wasn’t sure how I felt when the rebrand was announced, as Blue Lagoon fit in nicely with the Blue Bayou restaurants of Disneyland and Tokyo Disneyland, both of which are also inside the Pirates of the Caribbean ride of their respective parks, but as the Paris ride has just had its refurb, I thought it was nice that the restaurant was getting a spruce up too. The actual restaurant, however, was pretty much exactly the same as it was before, just with a few added pirate flags, and Jack doing the rounds while you eat. 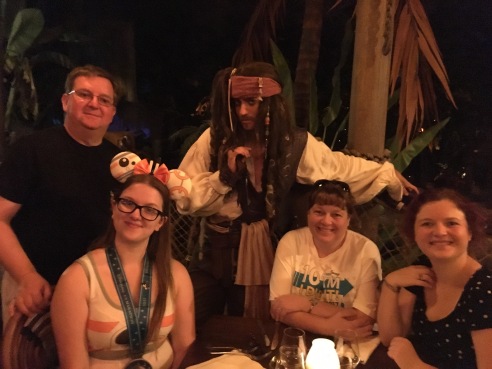 The food, however, wasn’t as good as when I ate here before. My meal at Blue Lagoon on my 21st birthday was absolutely flawless, and not a single scrap was left, but I just didn’t feel quite as wowed by the dishes this time around. I loved my starter, but my main was just a little bit blah and I didn’t finish my dessert either, which was partially down to my lack of appetite post-half marathon, but also because I didn’t totally love the food. 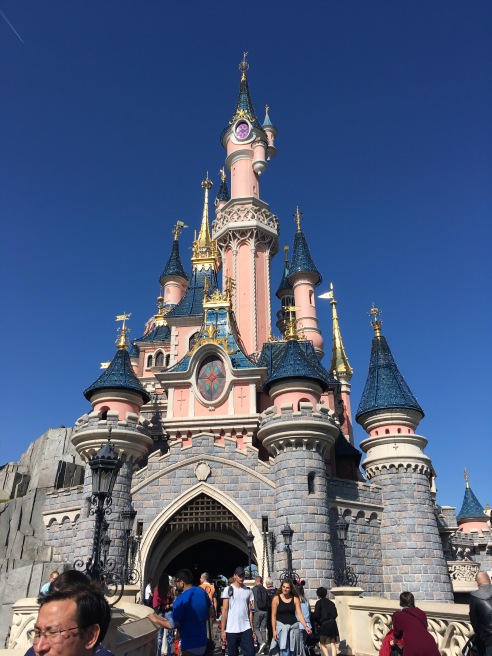 After we’d eaten, it was unfortunately time for us to leave as we had to drive back to the airport for our flight home. I was sad to leave as this trip felt very rushed – races always seem to take so much time away from the weekends – and the weather was so lovely!

If you love reading my trip posts, fear not guys – my next trip is at the end of October!