Jambo friends! Our early night actually led to us being up stupidly early today, but oh well!

We grabbed breakfast at the hotel, then hopped on a bus to Animal Kingdom, arriving just before opening time. Now Pandora is here, everyone is headed straight there in the morning, but as we had Fastpasses booked for later and on other days, so we weren’t among that mad rush. Instead, we went to Expedition Everest, and rode that twice with absolutely no wait, then went over to Africa for Kilimanjaro Safaris. We were really lucky to see all the safari animals, including all three of the resident lions moving around, which is a rare occurrence from my experience!

After the safari, we finally headed across into Pandora. First of all, just wow. The place is STUNNING, and the detail is incredible – I was blown away. Today we only had a fastpass for Navi River Journey, which got us onto the ride in under 5 mins, unlike the crowds that were queueing for 75. Again, the ride was visually amazing, but I would have been a little disappointed had a queued for over an hour as the actual ride itself left a little to be desired, if you ask me.

After a short wander around the area, we headed back into Africa and went to see the Festival of the Lion King, and followed that up with Kali River Rapids. You know there’s always that one person who seems to get more soaked than anyone else? Well today that was me.

Having soaked myself through, we got lunch at Rainforest Cafe, and then headed back to the resort for a quick nap – our early morning was catching up – and then got ready to head into the Magic Kingdom for Mickey’s Not So Scary Halloween Party. 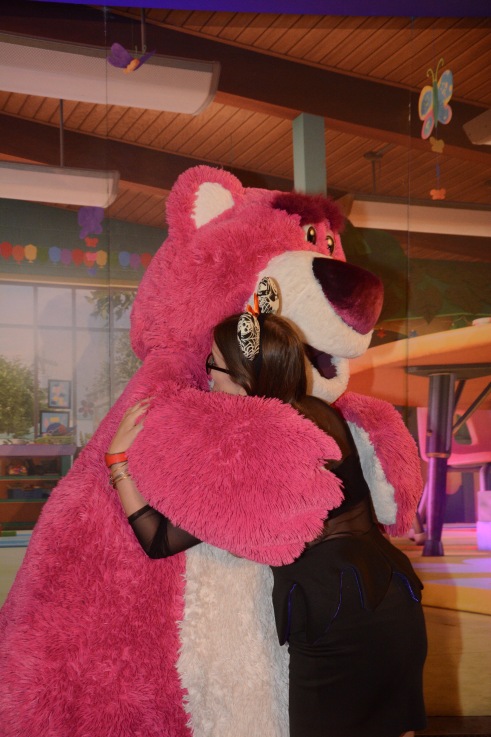 First up, we grabbed our candy bags and headed into Tomorrowland, where we met Lotso, then Sully and Boo at the monster dance party, and after that had a ride on Space Mountain. Then we headed to Storybook Circus where we queued to meet the Seven Dwarfs (an hour wait, for anyone wondering), which put me just over my goal of meeting 100 characters this year, yay!

After some more trick or treating, we got ourselves a spot for the Happy Hallowishes fireworks, and after that grabbed ourselves a parade spot. We watched the headless horseman make his way down Main Street USA, and then the final Boo To You Parade of the year, before making our way back to the hotel for a good nights sleep!

One thought on “Lottie and Matthew Do Disney: Day 2”