Today kicked off with a nice long lie in, but our plans were further delayed somewhat following a fight that I picked with some sort of wasp or bee.. Long story short I have a horrible sting on my finger and spent a great deal of time with my finger soaking in ice water.

Eventually, however, we made it to Epcot, and today’s agenda was hitting the Food and Wine Festival hard, and making use of our abundant snack credits. We started off with mac and cheese, there was a chocolate torte thing, and at the festival centre we even got some free Ghirardelli samples, yay!

As well as sampling the foods around the World Showcase, we were also very interested in keeping in air-con as the day was getting super warm, so we hit a few attractions that I would normally skip, such as Impressions de France and The American Adventure, purely for the sit down in the cool! We sampled dishes from Brazil, China, India and more, filling out our Food and Wine passport as we went. 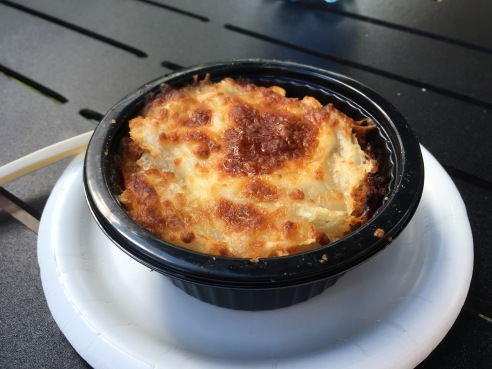 To give ourselves a little break from the Epcot crowds and the heat, we took a mid-afternoon detour to the Polynesian Resort and spent some time just chilling out on the beach there, and then got the monorail back to Epcot for the rest of the evening. We hit The Seas with Nemo and Friends, then our fastpass for Test Track, and then made our way to the Japan Pavilion for our dinner reservation at Teppan Edo. 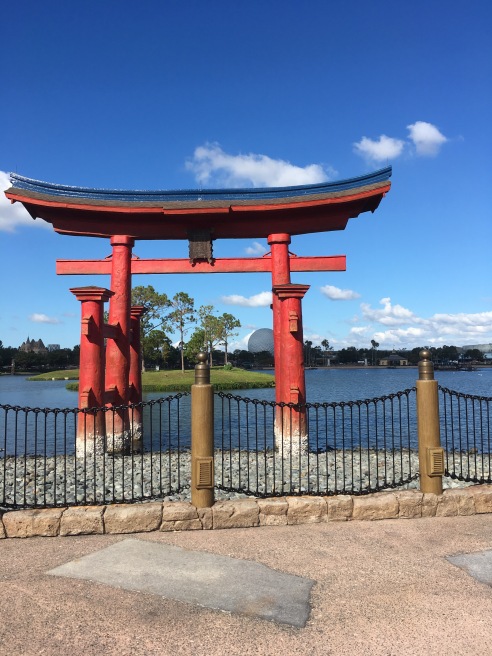 It was my third time dining at Teppan Edo and as per usual the food was great. By the time we left it was only 15 mins til park close so we just slowly made our way back to the park entrance and called it a night!