When Walt Disney World announced its newest character breakfast back at the start of the year, I’ll admit to a lot of squealing, followed by a desperate need to book it for our November trip.

It was a combination of a few of my favourite things: the Boardwalk, plus Flynn Rider and Rapunzel, plus adorable themed pastries = a very happy Lottie. Oh, and did I mention Ariel and Prince Eric come along for the adventure too?!

Once seated in the restaurant, each table gets a presented with a frying pan full of delicious breakfast pastries including chocolate braids, fruit-filled clam shells and mini muffins to start you off while you peruse the menu. 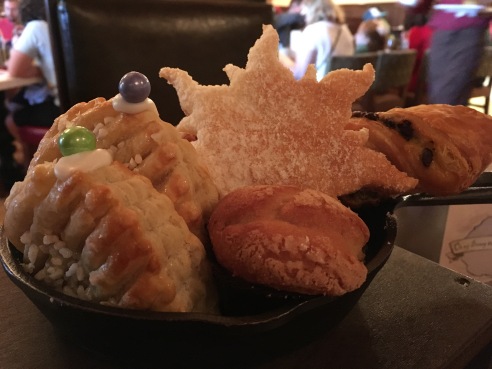 All of the menu options are either Tangled or Little Mermaid themed, from a tower of pancakes to a swimmer’s delight omelette; its certainly fancier food than your regular Disney breakfast, and its delicious! I personally couldn’t decide between the Tangled eggs or the Tangled pancake tower, so my server was wonderful enough to offer us the chance to get a half-size portion of the pancakes on the house as well as each of our choices, so I got to try them both! 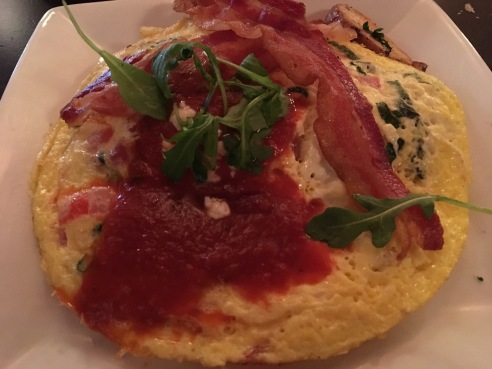 The characters are announced as they enter the dining room – they come in individually, staggered by about 5-10 mins intervals, and they head to the far end of the restaurant first, and work their way back. As well as coming to everyone’s tables, there’s also a little procession that happens, where kids are invited to parade around the restaurant with the character while music plays, which is very sweet! We met Flynn first, followed by Rapunzel then Ariel and lastly Eric, but don’t be put off by the fact that they come up individually, the characters interact a lot with each other while making the rounds so often Flynn will call Rapunzel over to look at things etc, and in any case you can ask for group photos! 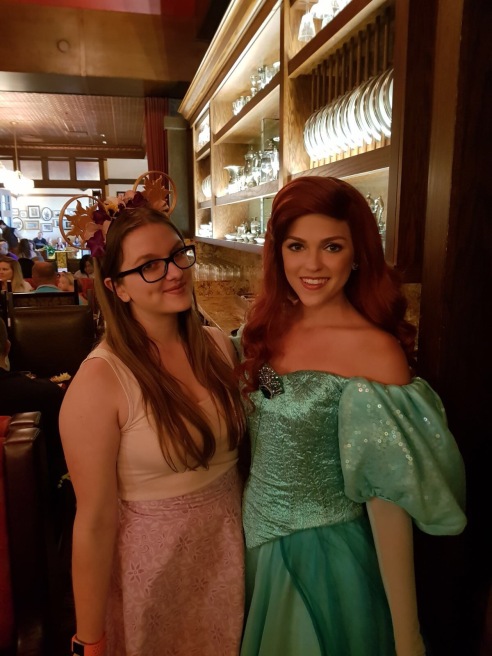 The meal counts as one table service credit on the dining plan, and if you’re paying out of pocket then you’re looking at about $38 per adult once tax has been added, and while its a little more than some other character breakfast options, its à la carte rather than buffet and the food options are a bit nicer than some of your other options! For me, the real selling point is the ability to meet Flynn and Eric, who are rare meets otherwise, plus Tangled and The Little Mermaid are two of my favourite films anyway! 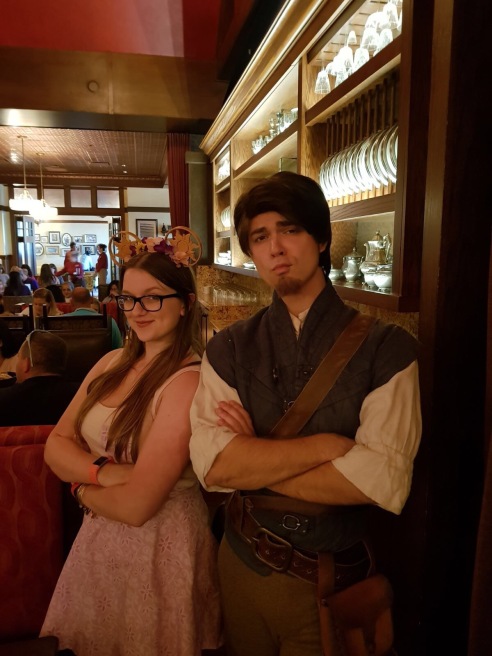 What’s your favourite place for breakfast in Walt Disney World?

One thought on “Bon Voyage Breakfast at Trattoria Al Forno”