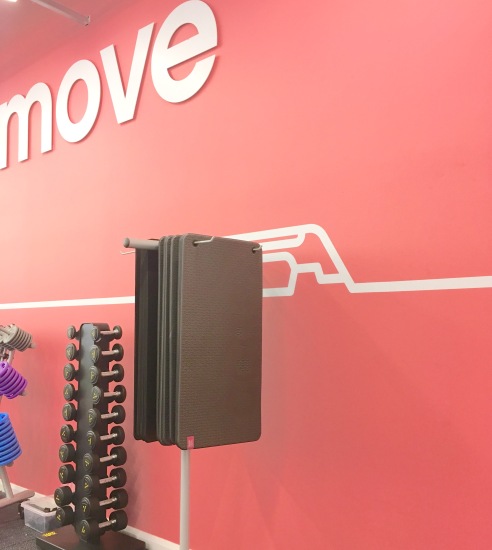 So its been ages since I’ve blogged anything fitness related, and that’s been for multiple reasons. Firstly, I’ve been struggling a lot with talking about fitness for a number of reasons, which I talked about in this post, and secondly because at the start of April I broke my ankle and I’m still very much in recovery.

Even after the ankle situation happened while I was at the gym, I was itching to get back. I actually can’t imagine my life without being in the gym at least 3 times a week and it was torture being on crutches, then having to wear the ugly boot cast, and I got so desperate that I actually went to the gym in my boot several times. Problem is, I’m still not fully healed, and I’m still going to physiotherapy, so my marathon training has also been thrown really out of whack, and I’m even having to adjust my usual gym workouts so I don’t put too much pressure on my foot and cause any more damage to myself.

Its forced me to try some slightly different things, and in doing so I’m finding some new things that I love, and also seeing results I didn’t expect!

I’m trying really hard to keep up some cardio activity while also keeping my body weight off my feet and keep any impact to a minimum, and cycling has been great for that. Its also got some strength back in my thighs (which are seeing some shape come back as a result as well btw!) and the movement is helping stretch out the ligaments in my foot that are healing at the moment.

Little known fact about me is that I’m actually a black belt in Taekwondo, but I had to give that up when I was 18 because of hip problems (isn’t my body fab?), but it does mean that this girl knows how to throw a punch! I’ve been doing a lot of boxing with my PT lately, because it gets my heart rate up, works a lot of my body but also doesn’t have to involve moving around on my feet too much.

I’ve never been that much of a fan of lunges, but for a long time after my accident I wasn’t able to squat, so I switched to lunges, and they’ve become a really important part of my physiotherapy exercises because of how much they stretch out the ligaments and are helping to increase my flexibility again

I’ve always liked flinging battle ropes around the gym, but I’ve just found myself using them a lot more lately and loving it. I can also feel how much stronger I’ve got because I used to get tired with them so quickly!

The road to recovery isn’t easy, but I’ve been so much happier getting back into things, and even though I’m not where I want to be right now, its all about those baby steps!