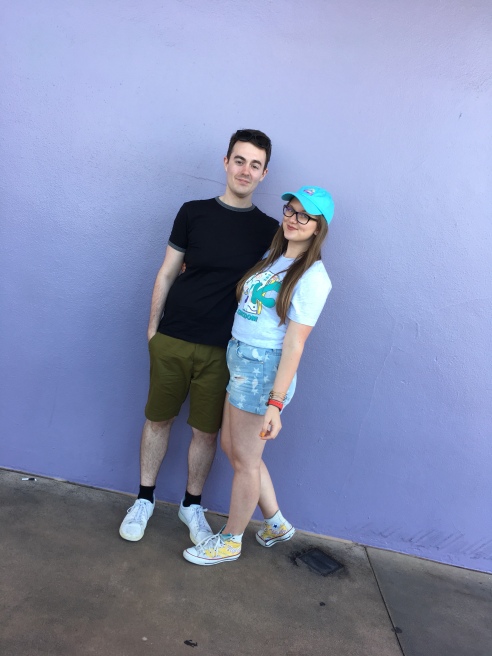 They say time flies when you’re having fun. Well I’m here to tell you that it frickin’ rockets when you’re in love.

Two years ago today I wrote a super personal post, telling the internet about this guy that I had been on two dates with that was flying out to New Zealand for at least 4 months, and that we had taken a fairly big leap of faith in committing to try and make it work. That was the day that I became Matthew’s girlfriend.

Two years later, we have been living together for almost a year, and in only a week’s time we’ll officially be moving in to our own home after a couple of stressful months.

I’m in no way the perfect girlfriend. I can be stubborn, I get hangry and I steal the covers sometimes, but I want to be better because I’ve never been happier. I’ve found the person who shares in my excitement of going to Home Bargains, who reminds me at 9 o’clock every evening that Love Island is on if I’ve been distracted by something, and patiently (and sometimes not so patiently) takes 400 photos of the same outfit until I’m totally happy with them.

We didn’t get to where we are today on the same normal path that most relationships take, but I wouldn’t change it for the world, and our adventure is still only just beginning. I don’t believe that anything in life is easy, but it’s a whole lot easier when you’ve got the right person standing there with you, no matter what.

One thought on “Long Distance to Close Quarters”