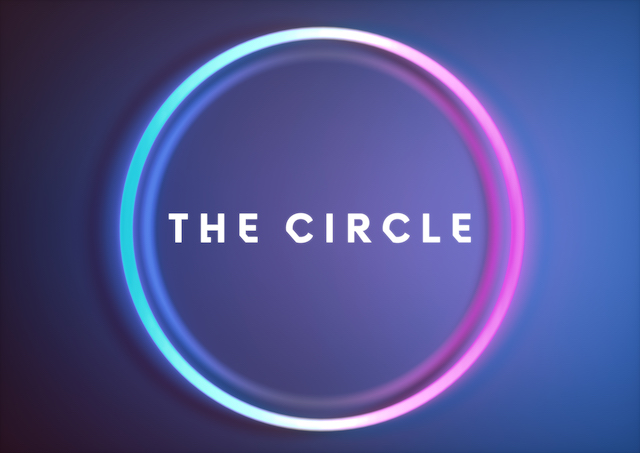 I don’t know about you, but I have been glued to The Circle on Channel 4!

If you don’t watch it or know what it is, The Circle is a reality TV show where a group of people are living in the same building, but are only allowed to communicate through a specially created social media platform, and because they never see each other, they can choose to be whoever they want to be, with the aim of the game being to be popular. Some people are being themselves, some are hiding or changing certain aspects of their lives/personalities, and some are being completely different people altogether. Every few days, players rate each other, and the most popular players get to choose who out of the least popular players get ‘blocked’ and have to leave the show.

As well as obviously being entertaining, I’m finding it fascinating. We, the viewers, obviously get to see exactly who these people really are, and see what they actually do, say, think and act like when they know the other players can’t see, and it is really interesting to see what goes on behind the screen.

Being a person who does put so much of myself online, I know of course that I don’t share everything, and I would hope that most people know that. I don’t share all the bad stuff, and I often don’t share all the good but mundane stuff that happens in my day to day life, but personality wise, I am completely myself. But this show got me thinking: would I ever change myself in order to be more liked?

Well, without wanting to sound big-headed, I like to think that I’m not disliked online, or at least if I am its by people who aren’t vocal about it, or who are mature enough to just unfollow me and be done with it. Equally, I could probably be more popular. I could have tens of thousands of followers who all think I’m amazing, but I can’t help but think what or who would I have to become to do that? I like who I am (for the most part), and I don’t actually know what I would need to do to become more popular. Would I be more liked if I was the same person, but prettier? Do I need to change my personality to be more liked? Its so hard to say, but when I think about it, if I was anyone but myself, they wouldn’t be liking me for who I really am, and I don’t want that.

Comparing myself to players in The Circle, I definitely think I’m most like Kate. I try to be nice to everyone, and I do prefer to keep some opinions to myself rather than stirring the pot, choosing instead to confide to my close friends rather than openly bashing the beliefs or opinions of others that I don’t agree with. I personally don’t think any of these things make me a bad person, and these traits are what made Kate so popular for the first few ratings, but now a lot of players are finding her niceness annoying, which makes me worry a little bit whether everyone thinks I’m annoying. Its interesting and terrifying at the same time!

So I put this to you, people of the internet, would you ever portray yourself differently online, just so people liked you more?

3 thoughts on “Would You Change Your Online Self?”