Well gang, it’s been a hot minute since I’ve blogged a Disney trip, but would you believe in the last few months I’ve done two trips that I haven’t blogged? So unlike me, right?

Well, I’m now back in Walt Disney World for some magic and some running, and I’ll be back blogging the whole thing, starting with today.. 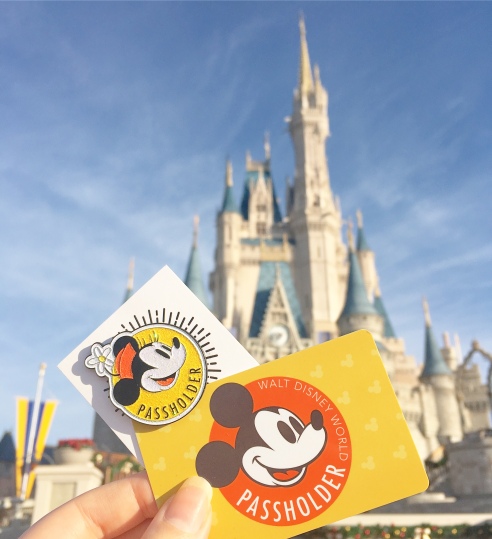 So we’re staying at Disney’s Polynesian Resort, our DVC home, which meant that this morning was far more chilled out as we only had to hop on the monorail to get to Magic Kingdom, and did security at the resort so didn’t have to queue at the park. There had been an early morning magic event on so the park was already a little busy, but we went down to the castle for the welcome show, and then Sammy wanted some breakfast so she grabbed a Mickey waffle at Sleepy Hollow, took a trip to the Tangled toilets and then went for our first ride of the day: Pirates of the Caribbean.

On our way from there to Fantasyland, we met Mary Poppins and the ugly stepsisters, and then met Rapunzel and Tiana in Princess Fairytale Hall, and then headed for Haunted Mansion for our first fastpass of the day. By that time it was pretty much lunch time – Sarah and I hadn’t eaten breakfast either – and we ended up going to Pinocchio Village Haus so that we knew there would be vegetarian options for Sammy.

After lunch, we had to spend a little bit of time at guest services sorting out our annual pass magic bands, and then headed back to the castle to watch Mickey’s Royal Friendship Faire and from there grabbed a parade spot. Once the parade was over, we grabbed a quick Starbucks, and then did our second fastpass of the day, Buzz, and also did a lap of the TTA Peoplemover.

The My Disney Experience app was telling us that Big Thunder Mountain had a 35 minute wait time, so we headed over there, but unfortunately so did everyone else in the park.. The cast member said the queue was at least 70 minutes when we got there, so that was a no, and instead Matthew and I got in the queue for Splash Mountain, but after a while we realised that the queue was going to be too long and we would miss our Seven Dwarfs Mine Train fastpass, so instead we grabbed a Mickey waffle and headed over to Fantasyland.

I’ve never done Mine Train in the dark before and it was so good!! Because most people were camping out for Happily Ever After by this point, the queue for Big Thunder had dropped to only 20 minutes, so we practically ran back to Frontierland, and had the best time riding the back of the wildest ride in the wilderness. With a little bit of time before HEA, we got some food at Cosmic Ray’s, and then got our spot to watch the show – despite showing up just as it was starting, we got a decent view!

On our way out of the park we hit the shops and Main Street Confectionary, and then we decided to forgo the monorail in favour of the ferry back to Poly, and the Electrical Water Pageant was going so we got to see a lot of that while we were waiting which was really cool because I never stop to watch it when I’m leaving Magic Kingdom.

We’ve got day 1 feet right now, so we got back into quickly and are just spending the evening chilling in the room ready for Animal Kingdom tomorrow!