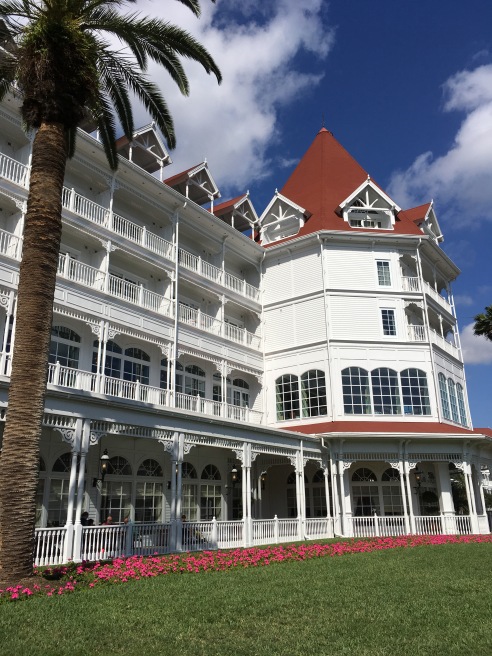 Another day in Disney paradise! We kicked off the morning with breakfast at the Grand Floridian Cafe, although the crazy number of people trying to get into the parks meant we were half an hour late for our reservation, but the cast members were really understanding and it wasn’t a problem at all.

After a quick explore of the hotel grounds, we caught the bus into Disney Springs for a few indulgent hours of shopping which involved a lot of Sephora (haul post to come!) and of course some World of Disney and the other shops available. Disney Springs has been developed so much even in the year since I was last there, and it’s so beautiful now with new water features and pretty new shopping areas. We refuelled with an Earl of Sandwich, then got the boat from marketplace back to the hotel to ditch our shopping bags before heading out to Hollywood Studios for the remainder of the day. 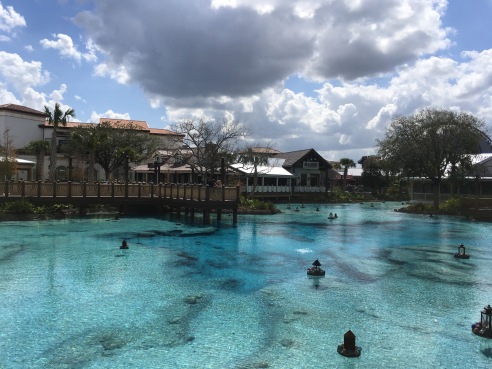 With a little bit of time from entering the park til we could use our Fantasmic fastpass, we decided to abuse our Memory Maker and get a bunch of photopass photos in various places, then grabbed some popcorn before we made our way into the amphitheater, getting almost front row seats for the magic! Now, as we discovered, that does come with a little bit of spray if the wind isn’t on your side.. Of course the show was its usual amazing self, encapsulating some of my favourite Mickey moments and even Meeko made an appearance on the boat! 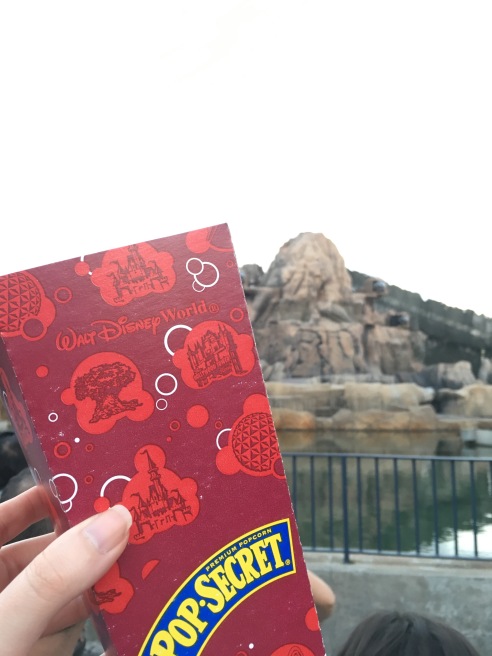 After Fantasmic, we joined the crowds in front of The Chinese Theater to watch the Star Wars fireworks, which I’d really hyped up to Sarah – the non-Star Wars fan – after I was wowed by them last year, but since the last time I saw them the display has changed a little and while it was still impressive, I wasn’t as completely blown away as I was last year. Then, to avoid the crush of people leaving the park, we stepped into the entrance area of Trolley Car Cafe for a little while and let the park clear a bit before we made our way out. This proved to be somewhat of a mistake, as when we arrived at our resort bus stop, the queue was CRAZY LONG. I’m talking maybe 3-5 buses worth of people, and that didn’t sound fun to us, so instead we queued for the French Quarter bus, and walked the path down to Riverside from there, tiring us out nicely enough for bed! Zzzzzzzz

I slept a solid almost 11 hours last night, and it was so good!

This morning our first port of call was a Disney Vacation Club viewing; we had been talked into going by a representative in Epcot a few days ago, and were mainly in it for the free food, Fastpasses and $50 Disney gift card! Don’t get me wrong though, it was interesting to look at!

From there, we headed outlet shopping at Orlando Premier Outlets, about a 10 minute taxi ride away, and snagged some mega bargains, including new Asics trainers and some Vinylmation from Disney’s Character Warehouse. After dropping our haul back at the resort, we caught the boat to Disney Springs for lunch and the Cool Down Party.

The Cool Down Party is basically a bunch of the stores and restaurants in Disney Springs doing discounts and special offers for anyone who ran this weekend, so long as you wear your medal! This meant we got 10% off lunch at T-REX, and I also got 15% off some goodies from Basin, yay!

Still with plenty of the afternoon ahead, we decided to catch a bus to the Walt Disney World Swan hotel, then the boat from there to Hollywood Studios, as we’ve never done that before, and we had no idea how quick a ride it was! Straight away we headed to Rock’n’Roller Coaster, and passed the hour wait using our DVC Fastpasses, then we managed to catch the last showing of Indiana Jones Stunt Show Spectacular, getting to see some of the scenes we had missed the other day.

After that we did another Star Tours, and as luck would have it, the wait time for Toy Story Midway Mania was only 25 minutes, so obviously we were all over that, and in fact, we only waited maybe 5. With a little bit of time until the fireworks, we went back to the Star Wars Launch Bay to watch the film showing we had skipped before, then headed out to get a good view of the Symphony in the Stars fireworks.

Wow. I might go as far as saying it was the best firework display Disney has ever imagineered. Just phenomenal, the way they synced the fireworks to the music and how each rocket represented something.. I could go on but I won’t!

Instead I’m going to bed, goodnight!

PS. No photos from today, too busy seeing through my own two eyes!