For pretty much as long as I’ve known Matthew, he’s talked about the pins he collected on his Disney World trips as a kid. I say talked, because in all the time we’ve been together, neither of us have actually seen said pins.. You see, they were somewhere in a box in his mum’s loft, and despite searching on more than one occasion while visiting, he’s never managed to find them, and it was only when she moved house a few weeks ago that the pins were finally found. 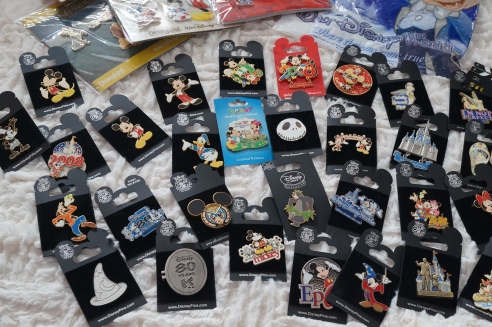 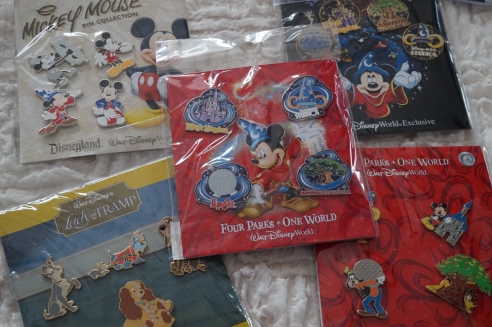 He wasn’t kidding when he said he had quite a few. All of his pins are from 2008 or further back – you know, back when the exchange rate was much better and pins didn’t cost more than about $6-7..

There’s a bit of a running them with the pins. Its either single characters.. 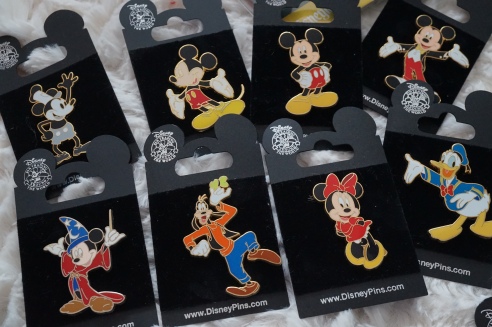 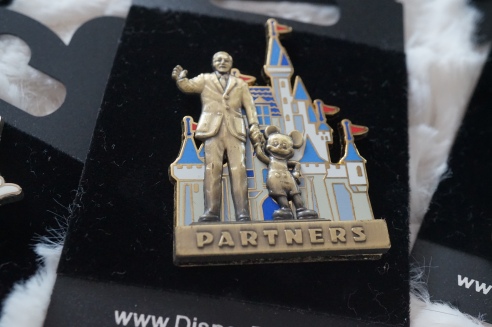 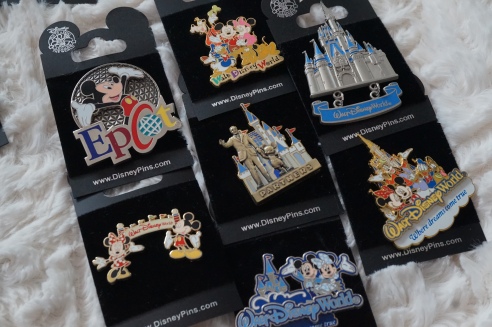 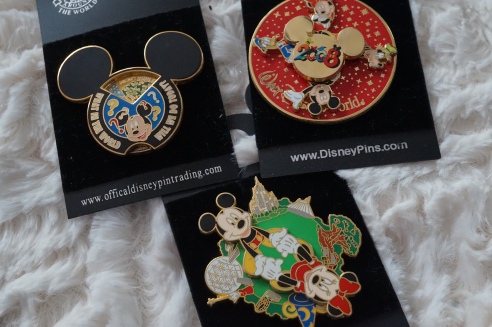 These three are all a little spinners which are super cute and I’ve never seen ones like them before – although not being much of a pin person myself I may just miss them on the racks! He has three packets of the four park pins, one of which actually has an MGM Studios pin instead of Hollywood Studios! 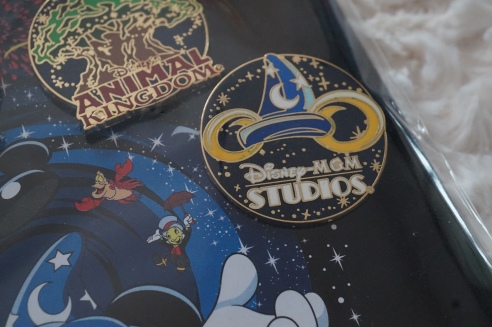 But my favourite out of the whole collection is this amazing Sorcerer Mickey hat pin, and despite not being a pin person, I actually love so many of them! 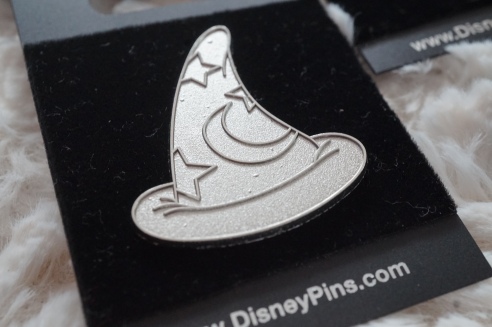 Who knew I had such a pin-head of a boyfriend?!

Disney girl (noun) – a special kind of female who’s life is controlled by a major love of all things Disney. Symptoms include spontaneously bursting into song, a need to bring Disney into all aspects of day to day life, and a serious hoarding problem for Disney collectibles. 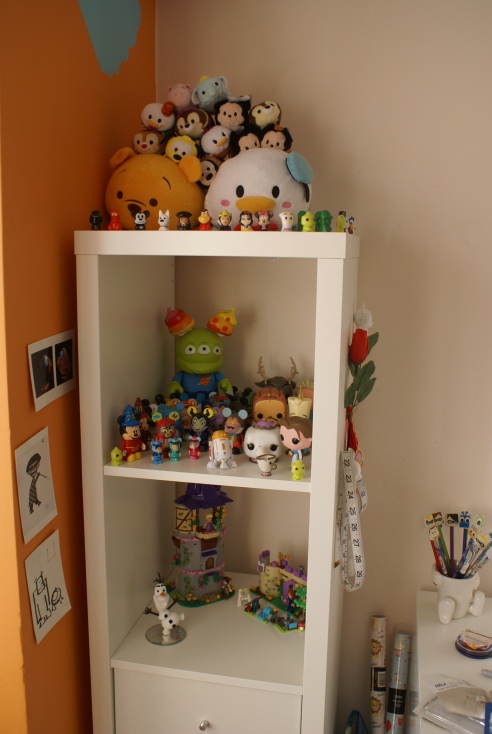 So this is the start of my collection of collections: models, figures and tsum tsums. I’ve had some of these for a few years now, but I’ve only really just got round to getting a proper unit that I can display them on. 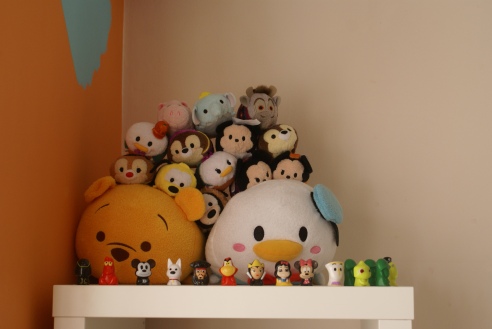 The top makes the perfect stacking space for my Tsum Tsums. I hate how they’re not available in the UK yet, but its been announced they’re coming soon (eek!), so until then I’ll have to stick to eBay. I have two medium sized Tsums and 13 minis, 8 of which are Halloween edition. 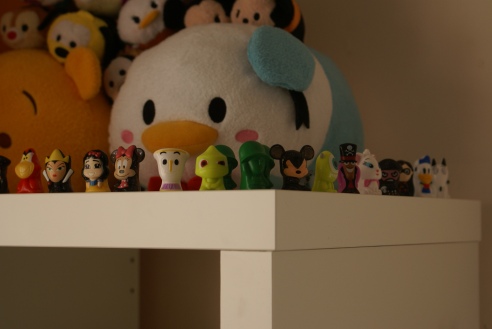 Also on the top are my Wikkeez. This collection started off with my mum buying me a packet, and although at first I wasn’t entirely sold, I’m ashamed to say I now have 20 out of 51 available! 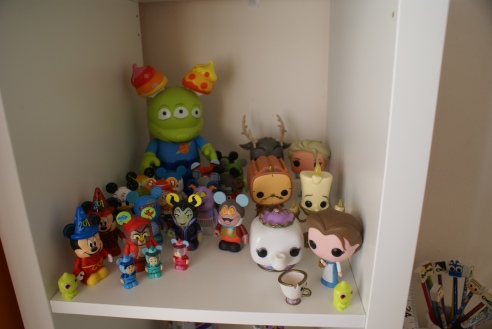 So then comes the vinyl shelf: Vinylmations and Vinyl Pop figures. My Vinylmation collection began in 2010, although grew massively thanks to my 2014 Disney World trip. The collection includes one 9″ figure, a few Star Wars themed, some Mystery Bakery figures, one variant and one chaser: Mr Toad.

I’m relatively new to the Funko Pop scene. I decided I’d rather build up my collection one film at a time, but I’m not sure how well I’ll stick to that over time; I really want Wall-E and Baymax soon! 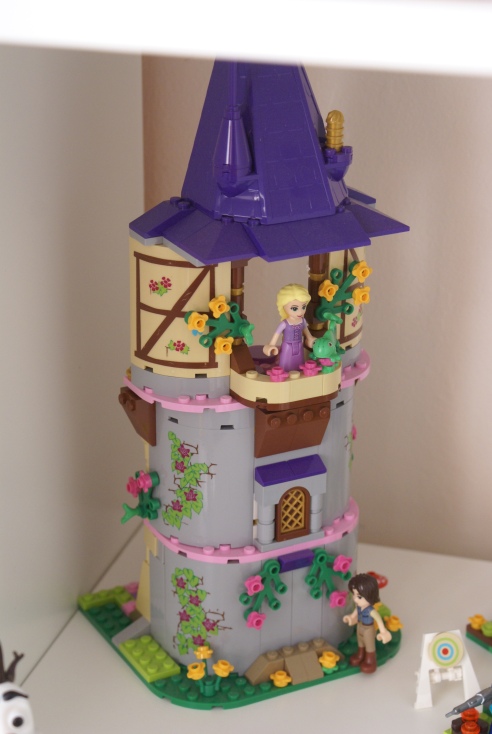 Lego runs in my family, and I have an enormous collection, but only two sets of the recently introduced Disney Princess range: Rapunzel’s Tower and Merida’s Highland Games. 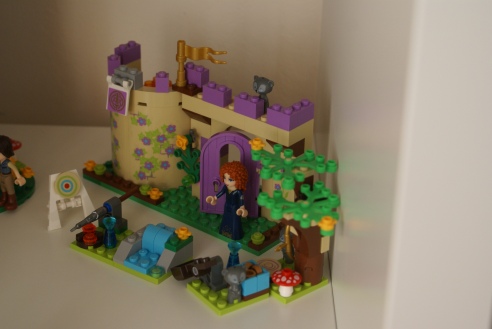 I know its designed for kids, so I’ll overlook that the builds are really quite basic, with lots of pre-formed pieces, but they’re sweet little sets all the same. 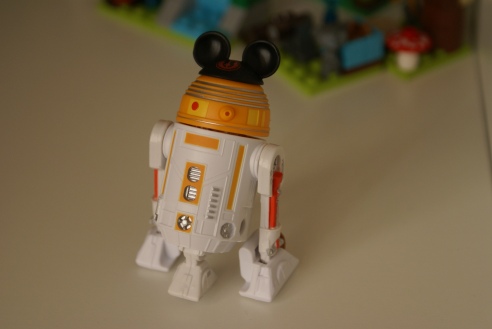 Then there’s my little R2 unit. I built him in Once Upon a Toy in Downtown Disney; you pick your own body, arms, head and Mickey ears or novelty hats to create a unique little droid! 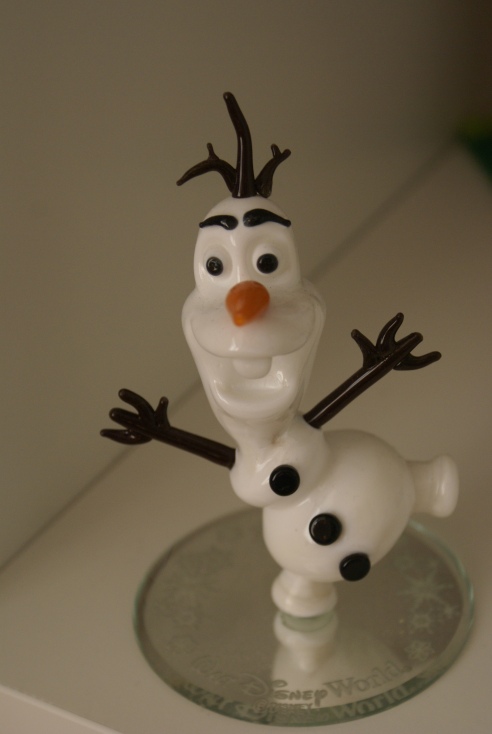 And Olaf.. Olaf is a handblown glass ornament who came from the Arribas Bros shop on Main Street USA. My super sneaky parents bought him, and got him back to the UK without my knowledge so he could be my birthday present; he’s super sweet! 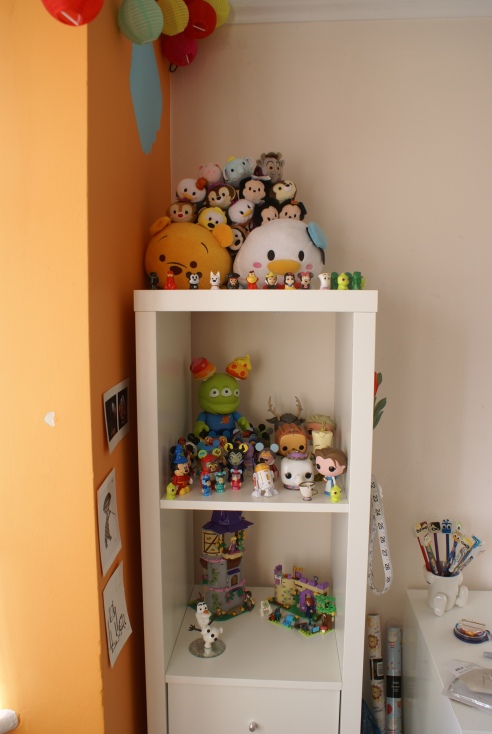 So yeah, just a measly collection..

In the weeks to come I hope to share more aspects of my Disney home, including artwork, homewares etc 🙂