This morning we got up and went to the resort gym for a quick workout, and then headed for Typhoon Lagoon. It was Matthew’s first time ever, and my first time in over 3 years so we were pretty excited, and being November it was pretty quiet too! 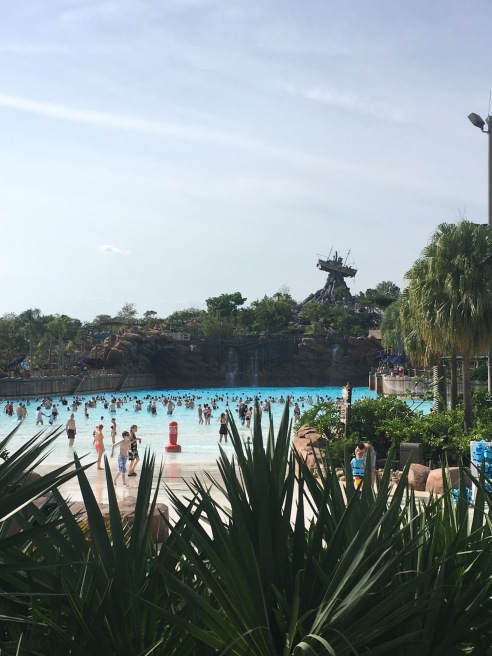 After putting our stuff in a locker and finding some sunbeds, we started to hit the slides. First up was Misadventure Falls, then we did all three of the Crush’n’Gusher shoots in quick succession. Then we did the Storm Sliders, followed by Humunga Kowabunga, where I suffered the worst wedgie I have ever experienced in my life..

To recover from that, we hopped into the lazy river and rode that round to Leaning Palms for some lunch, then carried on round the river til we reached our starting point again. I then took Matthew to TL’s famous wave pool, and despite not believing me when I warned him how huge the waves were, he was amazed when he saw just how crazy they get!

We carried on hitting all the slides, doing Keelhaul Falls, Mayday Falls and Gangplank Falls, then headed back to do Misadventure Falls again, before spending the rest of the afternoon relaxing on our sunloungers. As it’s not peak season, to get back to the resort we had to get a bus to Disney Springs to then change for a resort bus, and back at the resort I had a few things to do – parcels to collect, paying off some of the room charges and filling our mugs – and then we just showered and changed and headed out to Hollywood Studios for the evening. 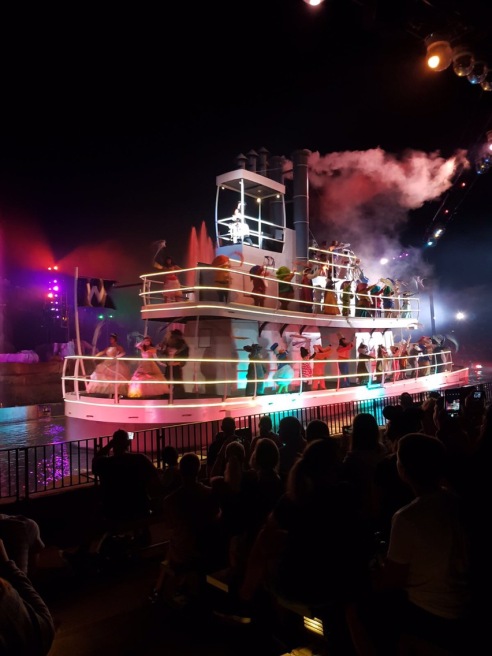 I’d managed to snag us some Fantasmic fastpasses for that night, and by the time we got to the park we only had time to look through some of the shops before we headed to the theatre and set ourselves up with some snacks and popcorn. Fantasmic is Matthew’s favourite Disney show (and we’re seeing it again tomorrow too!) so I was glad we managed to get some decent seats to enjoy Mickey’s imagination! 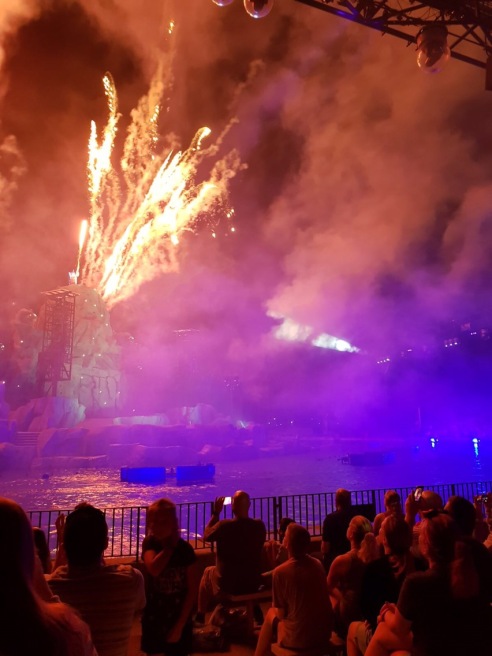 As the showtime was actually after the official park close time, once it was over we were flushed out the park pretty quickly, although we did catch a sneak peak at the new Christmas projections onto Tower of Terror!